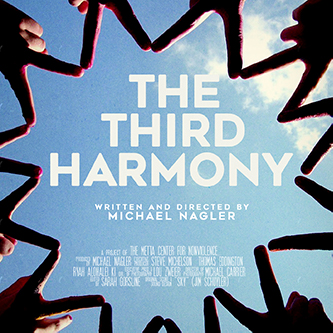 
It was truly inspiring to write the soundtrack music for The Third Harmony. The film presents nonviolence as far more than just a heartfelt feeling or principle — it helps us explore and find a basis for the âpracticeâ of nonviolence.

This soundtrack album parallels the musical development in the film and rounds out some of the shorter pieces.

You can stream the album on any streaming service you subscribe to (see a list below). And on Spotify it's available free, with ads.

purchase the album on Bandcamp now, which both supports the scoring and recording of upcoming independant films, and helps fund the musicians I feature in future films. Join me in making this contribution to the beautification (and intensification) of San Francisco Bay Area film making.

View the film or learn more...
View now on VIMEO
ThirdHarmony.org
Play or download the album...


You can also go to your streaming service and search "JIM SCHUYLER" to find this music.


(Most streaming services require a subscription. Some allow free streaming with ads or random track selection.)